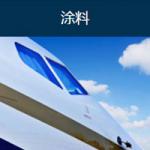 In the world of materials research, thin films serve many different purposes.  They can be protective films to preserve some other substrate or building material.  They can be conductive or insulating films that may be used for devices where directing electron transport is the goal.  They may be membranes designed to pass some species and bar others.  They may be designed to change characteristics under certain conditions.

Whether it is a corrosion preventing paint on the Eiffel Tower or Golden Gate Bridge, or an enzyme embedded monolayer on an electrode, films and coatings serve critical functions in science and industry.

Due to the overwhelming number of uses for thin films and coatings, a wide variety of testing is available for distinguishing characteristics and analysis.  Electrochemical characterization can be done with DC and AC techniques, but the most powerful tool is the AC electrochemical impedance spectroscopy (EIS).

While any of Gamry’s systems are capable of running the experiments used for electrochemical testing on films, the Reference 600 is best for very small capacitance measurement.  Since barrier films tend to model as very small capacitors when EIS studies are done, this is generally the best choice.  For conductive films or very thin insulating films which model as larger capacitors, the choice of instrument is less critical, and will come down to user preference, cost, and other desired or necessary experimentation.

With some films a quartz crystal microbalance (QCM) is of use.  Gamry’s eQCM 10M allows simultaneous electrochemical and mass measurement, and is designed to accurately measure hard and soft materials.

EIS300 and either DC105 (corrosion) or PHE200 (physical electrochemistry) software will take care of most situations.  There are other packages that may be of use to some researchers, like pulse voltammetry (PV220) for stripping experiments or electrochemical frequency modulation (EFM140) for better corrosion trend testing.

Gamry offers a few cells that are useful for measuring thin films that are directly attached to a substrate.  The Flexcell is a flat specimen cell that can hold two separate flat electrodes.  PTC1 is a low cost flat cell that is ideal for paint researchers who may need many cells that are set aside for days or months at a time.  The eQCM 10M comes with a static cell that holds the quartz crystal.

Gamry published a series of three papers on the “Evaluation of Organic Coatings with Electrochemical Impedance Spectroscopy” in JCT CoatingsTech in 2004 and 2005.  Along with those articles, we have several applications notes available for download dealing with EIS and coatings.