This application report introduces the theory of EIS and tries not to elaborate on mathematical and electrical theory. If you still feel that the material presented here is difficult to understand, don't stop reading. Even if you don't know all the discussion, you can get useful information from this application report.

It is assumed that the reader does not have a circuit theory or an electrochemical basis. Each topic begins at a relatively junior level and extends to cover more advanced materials.

Definition of impedance: the concept of complex impedance

However, the characteristics exhibited by circuit components in reality are more complicated. These forces us to abandon the simple concept of resistance and instead use the more common circuit parameter, impedance. As with resistance, impedance is also a measure of the magnitude of current resistance, except that it is not limited by the features listed above.

Electrochemical impedance is obtained by measuring the current by applying an alternating potential to the circuit. Assuming that a sine wave potential excitation signal is applied, an AC current signal corresponding to this potential response. This current signal can be analyzed using the sum of the sinusoidal equations (Fourier series).
Electrochemical impedance is usually measured with a small excitation signal. Therefore, the response of the electrodes is non-linear. In a linear (or non-linear) system, the current corresponding to the sinusoidal potential signal is also a sinusoidal signal at the same frequency, except that the phase shifts (see Figure 1). More details will be described later. 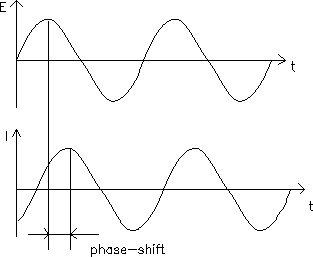 The excitation signal is a function of time, as shown in Equation 2.

In a linear system, the response signal I t moves with the phase angle and the amplitude changes.

An expression similar to Ohm's law can calculate the impedance of the system, as shown in Equation 5. Therefore, the magnitude of the impedance is related to Zo and Φ. 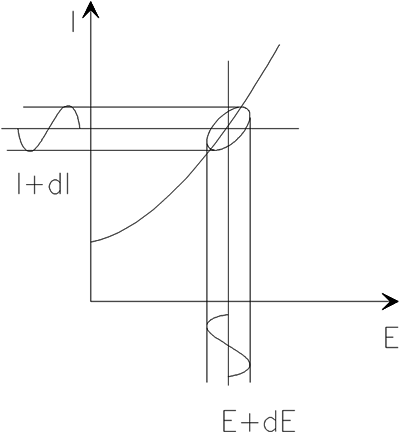 According to the Euler relationship (Equation 6),

The impedance can be expressed in a complex function. The potential is described by Equation 7, and the response current is Equation 8.

The impedance represents a complex function as shown in Equation 9.

It can be seen from observation 9 that Z(ω) is composed of two parts: the real part and the imaginary part. With the real part as the X axis and the imaginary part as the Y axis, a Nyquist diagram as shown in Fig. 3 can be obtained. Note that the Y-axis is negative in the graph, and each point of the Nyquist graph corresponds to a frequency in the impedance. Figure 3 shows that the low frequency is at the right and the high frequency is at the left.

The impedance in the Nyquist plot can be described as the vector modulus |Z|. The angle between the vector and the X axis is the phase angle.

Figure 3 is a Nyquist diagram labeled with an impedance vector

One of the main drawbacks of the Nyquist diagram is that you cannot see the frequency corresponding to any point in the graph.

The Nyquist plot in Figure 3 is caused by the circuit in Figure 4. A semicircle is a characteristic of a time constant signal. Electrochemical impedance maps usually contain several semicircles. And often only see a part of the semicircle.

Another common graphical method is called the Bode diagram. The impedance is shown as the logarithm of the frequency as the X-axis, the absolute value of the impedance (|Z|=Z0), and the phase angle as the Y-axis.

The Bode diagram corresponding to the circuit in FIG. 4 is as shown in FIG. The Bode plot shows the frequency information. The definition of the linear system described below is from the article "Signals and Systems" by Oppenheim and Willsky: 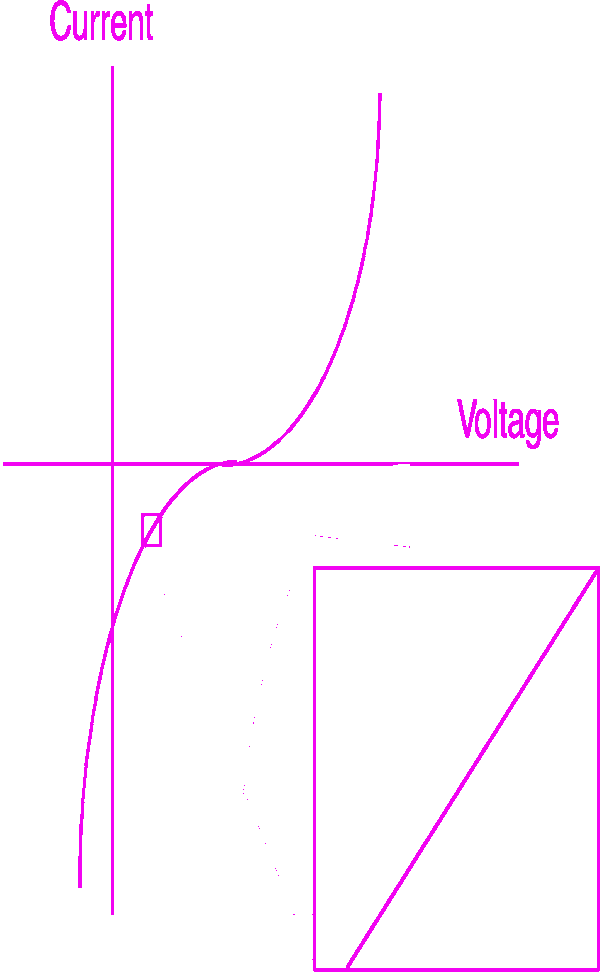 In a typical EIS test, an alternating current signal of 1-10 mV is applied to the system. Under such a small potential, the system can be approximated as linear.

Some researchers have used this phenomenon. Linear systems should not generate harmonics, so the presence or absence of significant harmonic response determines whether the system is linear. Other researchers have deliberately used larger excitation signals. They use harmonic response to estimate the curvature of the system's current-voltage curve

In fact, steady state systems are difficult to obtain. The test system varies with the adsorption of solution impurities, the growth of the oxide layer, the formation of reactants in the solution, the dissolution of the coating or the change in temperature, and some of the influencing factors are listed.

The signal processing theory refers to the data representation domain. The data displayed in different domains is the same. In the electrochemical impedance spectroscopy, two of the domains, the time domain and the frequency domain are used.

Figure 8 shows the same data in the frequency domain. The data is plotted as an amplitude versus frequency plot. 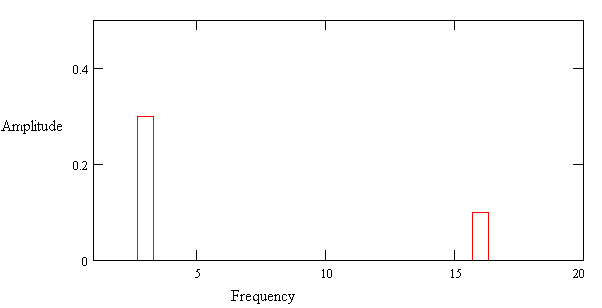 <p? In modern electrochemical impedance systems, low frequency data is measured in the time domain. The computer applies a digitally approximated sine wave to the battery system via a digital-to-analog converter. The response current is measured by an analog-to-digital converter. The FFT is used to convert the current signal into a frequency domain.

The details of the transformation are not in this application report.

Note that the resistance value of the resistor is independent of frequency and has no imaginary part. With only the real part, the current remains constant across the phase and across the resistor.

Few electrochemical systems can be simulated with a single equivalent circuit component. In contrast, electrochemical impedance spectroscopy usually has many components. The components are connected in series (Figure 9) and in parallel (Figure 10).

Some simple formulas can be used to represent the series and parallel connection of circuit component impedances.

For the series connection of linear element impedances, the equivalent impedance can be obtained by Equation 10. 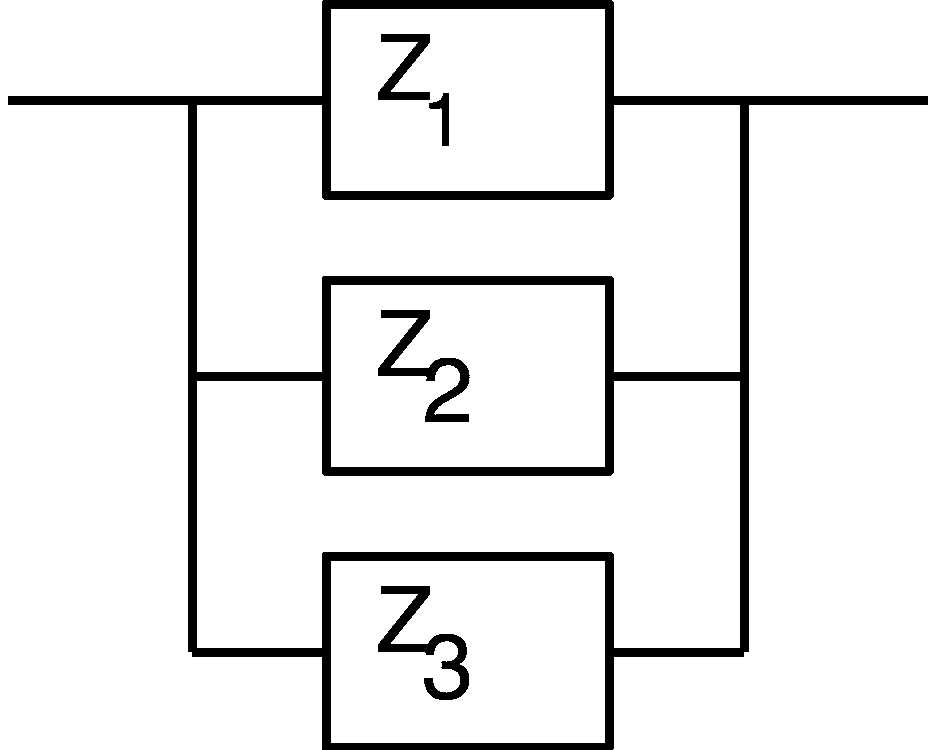 For the parallel connection of the linear element impedance, the equivalent impedance value can be obtained by Equation 11.

When the resistors are connected in series, both the resistance value and the impedance value increase.

The electrical resistance of an ionic solution depends on the ion concentration, ion type, temperature and the area through which the current flows. In a bounded region, the area is A, the length is I, and the current flowing through is uniform, then the resistance is Equation 14.

ρ is the solution resistivity. The reciprocal of ρ (κ) is more common. κ is called the conductivity of the solution, and its relationship with the resistivity is as shown in Equation 15.

The standard chemistry manual usually lists the κ value of a particular solution. For other solutions, you can calculate the κ value by specific ionic conductivity. The unit of κ is S/m. Siemens is the reciprocal of Omega, so 1 S = 1/ohm.

Most electrochemical test systems are unevenly distributed when current passes through a certain solution area. Therefore, the main problems in calculating solution resistance include determining the current flow path and the geometry of the current flowing through the solution. A more comprehensive approach to calculating the actual resistance of a solution by ionic conductivity is not covered in this application note.

The solution resistance is usually not calculated by ionic conductivity. It can be obtained by fitting electrochemical impedance data.

Mixed potential control is also produced in systems where the electrode does not corrode. In the corrosion reaction discussed in this section, the terminology is modified so that it applies to the non-corrosive situation discussed later.

When only a simple, kinetically controlled reaction occurs, the potential of the electrode system is related to the following equation.

If the beta coefficient is known as the Tafel slope, Icorr can be calculated from Rp by Equation 17.

We discuss the parameter Rp in detail when discussing the electrode system model.

Similar resistance can be obtained from a single, kinetically controlled electrochemical reaction. In this case there is no mixed potential and only one reaction reaches equilibrium.

Assume that a metal matrix is ​​immersed in the solution. According to Equation 18 or more generally, the metal is ionized and dissolved into the solution.

When a forward reaction occurs, electrons enter the metal and the metal ions diffuse into the solution. The charge is shifting.

The charge transfer reaction has a certain speed. This speed is determined by the type of reaction, temperature, concentration of the reactants, and potential.

When the ion concentration in the bulk solution is equal to the electrode surface, CO = CO* and CR = CR*. The formula 20 is simplified to the formula 21.

Equation 21 is called the Butler-Volmer formula. This formula only applies to polarization caused by charge transfer kinetics. Stir the solution to reduce the thickness of the diffusion layer and reduce the concentration polarization.

When the overpotential η is small, the electrochemical system is in equilibrium, and the charge transfer resistance expression is changed to Equation 22.

The exchange current density can be calculated when the charge transfer resistance is known.

Equation 23 is the infinite Warburg impedance.

In Equation 23, σ is the Warburg coefficient and is defined as Equation 24.

The two conductive plates are separated by a non-conductive medium to form a capacitor, a so-called dielectric. The size of the capacitor depends on the size of the panel, the distance between the panels, and the dielectric properties. The relationship is as shown in Equation 26:

Note the large difference in dielectric constant between water and organic coatings. When a coated substrate adsorbs water molecules, its capacitance changes, and the electrochemical impedance spectroscopy can measure its change.

Capacitance in electrochemical impedance experiments is sometimes not ideal. Sometimes the surface is a constant phase element as defined below.

The impedance of the constant phase component is expressed as:

For constant phase components, the index α is less than one. The electric double layer capacitor in an actual electrochemical test system behaves like a constant phase element. Considering the non-ideal behavior of the electric double layer, several theories (surface roughness, leakage capacitance, uneven current distribution, etc.) have been proposed. Perhaps the best method is to treat α as an empirical constant with no physical meaning.

Sometimes the impedance of an electrochemical test system exhibits inductivity. Some researchers attribute the inductance behavior to the formation of a surface adsorption layer, like a passivation layer or a dirt layer. Others believe that the inductance is caused by test errors, including the unsatisfactory potentiostat.

Table 3 lists the components used in the equivalent circuit. The equation for the admittance and impedance of each component is also given.

The metal surface exhibits a high impedance when it is coated with an undamaged coating. Figure 11 shows the equivalent circuit in this case.

The model consists of a resistor (caused by a solution) and a series of coating capacitors.

Figure 12 shows the Nyquist plot of the model.

The capacitance value cannot be obtained from the Nyquist plot. It can be obtained by curve fitting or confirmation of data points. Note that the solution resistance can be estimated from the intercept of the curve from the real axis.

On February 12th, 2014, Dr. Burak Ulgut successfully hosted a webinar on electrochemical impedance spectroscopy and its application in battery analysis. The relevant content of this seminar can be purchased at PlugVolt .